How low can we go? 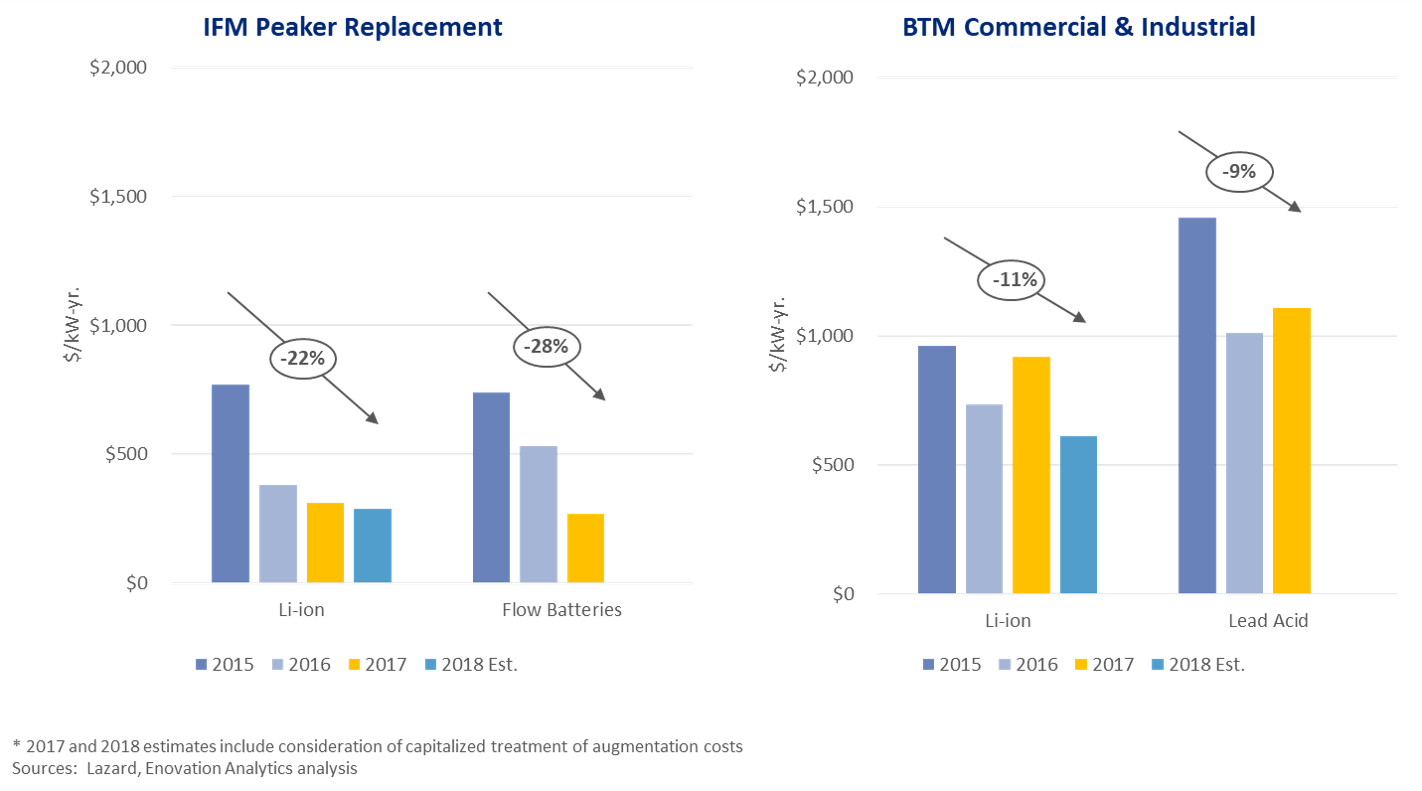 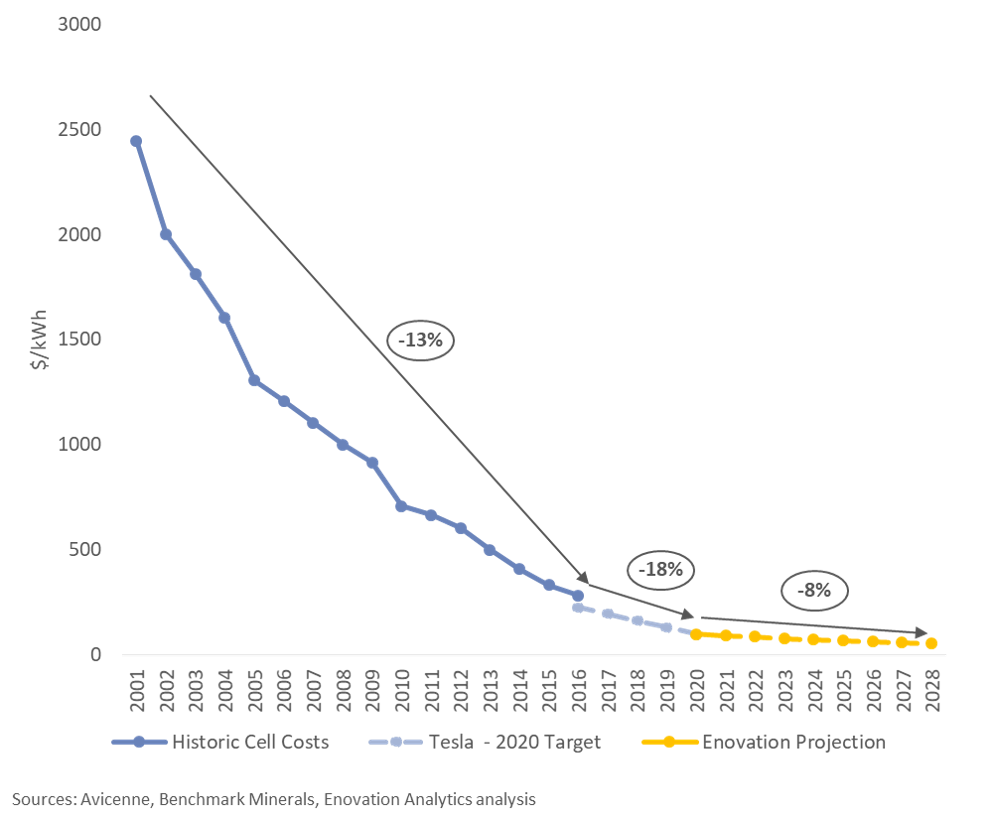 An energy storage optimists’ most cited trend (probably) is cost declines. Our work with Lazard Freres on its Levelized Cost of Storage studies offers confirmation of sustained declines in overnight costs across all use cases and technologies. In three years of collecting and analyzing data, we’ve seen levelized costs of storage fall 25-50%, on average. Recent analyses - including ours - expect average prices of lithium ion battery cells to reach $50-75/kWh by 2025.

The current market, however, has seen "supply chain pain" lead to short-run pricing premiums. We're hearing integrators and battery OEMs are including 15-25% premiums with five-to-six month lead times this quarter.

A few trends have contributed to recent price spikes:

Incumbent battery producers have bought into the optimism by leading a massive expansion in global capacity. In 2016, global lithium ion cell demand of ~90 GWh strained producer manufacturing capacity to over 85% utilization. Since then, over 200 GWh of additional capacity has been announced or is under construction. Tesla’s Gigafactory is leading the way with 35 GWh / yr. projected throughput, but nearly all incumbent battery producers (e.g. Samsung SDI, CATL, LG Chem, etc.) are planning new expansion.

When will pricing stabilize? How far will prices fall? Which storage applications, market participants, and regions will benefit most? Our strategic advisory experts can help assess the impact to your business.